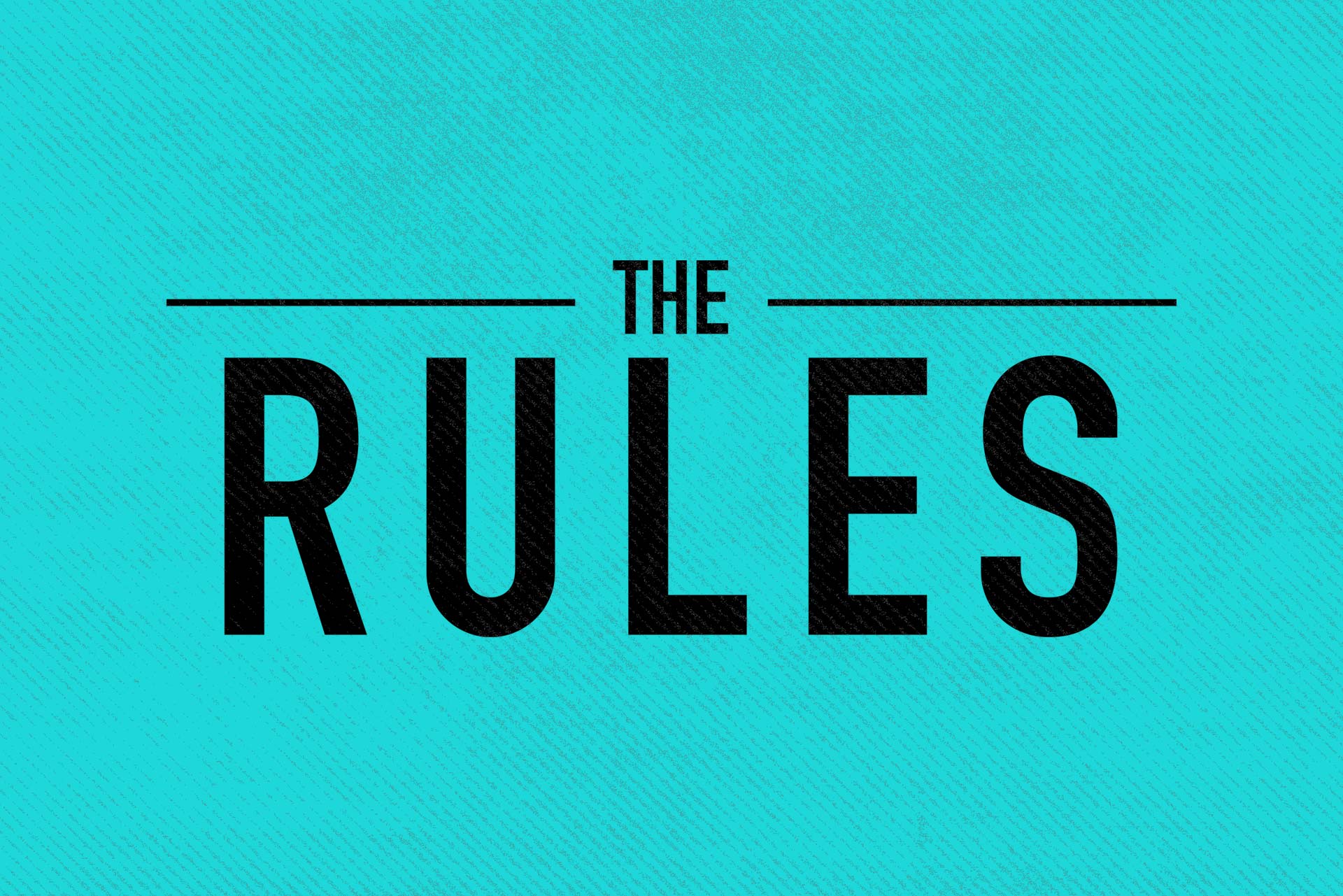 Bocce Ball Rules & How To Play

Winners throw the pallino. The thrower must be behind the foul line, which is 4 feet from the backboard. The pallino must pass the halfway mark of the court and must not hit the back wall. If the ball does not reach halfway, hits the back wall, or goes out of bounds, the opposing team will throw the pallino. Keep alternating between teams until a valid throw is performed.

* The winners of the coin toss will still retain the first throw regardless if they foul on the pallino throw.

The winners of the coin toss throw the first ball (again from behind the foul line). Remember the objective is to get as many of your balls closer than your opponents at the end of the round (after all the balls have been thrown).

A player may also throw from the hitting line, 9 feet in front of the backboard, IF they announce that their intent is to “spock” aka hit any of the balls already in play. If no ball is hit, it is treated as a dead ball and removed from play.

Alternate turns after every throw until all the balls have been thrown, then score. After scoring, the pallino throw as well as the first bocce ball throw goes to the team that did not throw in the previous match (the losers of the coin toss) and will continue to alternate each round until the end of the match.

Throwing will now take place on the opposite end of court and continue alternating  until the game is over.

Only one team may score in each round. The game is won by the first team to reach 12 points.

To score, players count the amount of their balls closer than their opponents. Basically, ask yourself, “How many of my balls are closer than yours?”. 1 point is awarded per ball. If playing by the kiss rule (mentioned in the common variations section below) 2 points are awarded per ball that is touching the pallino.

It’s easier to explain visually so here are some scoring pictures to help you out. 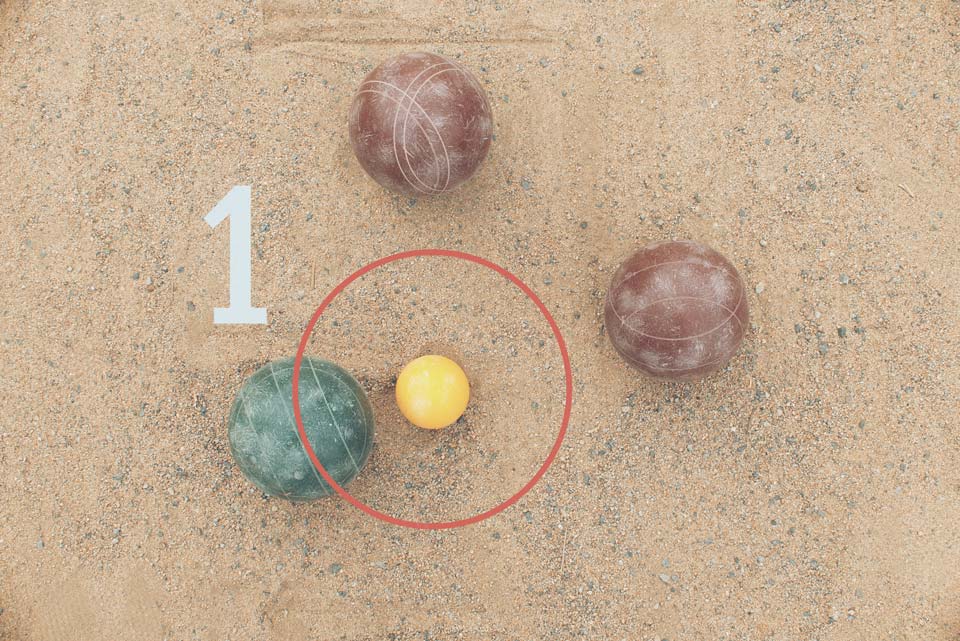 1 PointGreen only has 1 ball closer than red 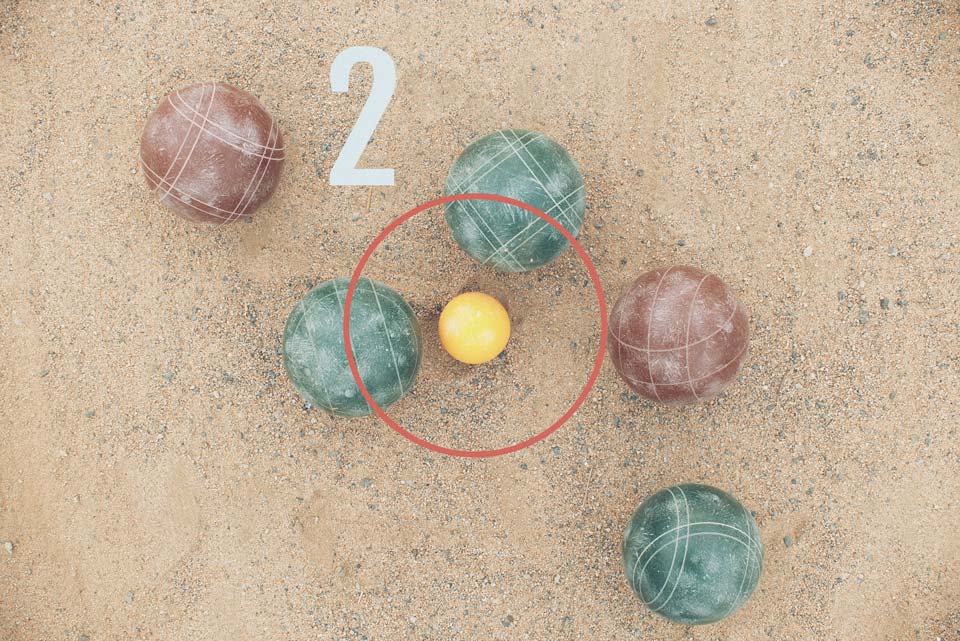 2 PointsGreen has 2 balls closer than red 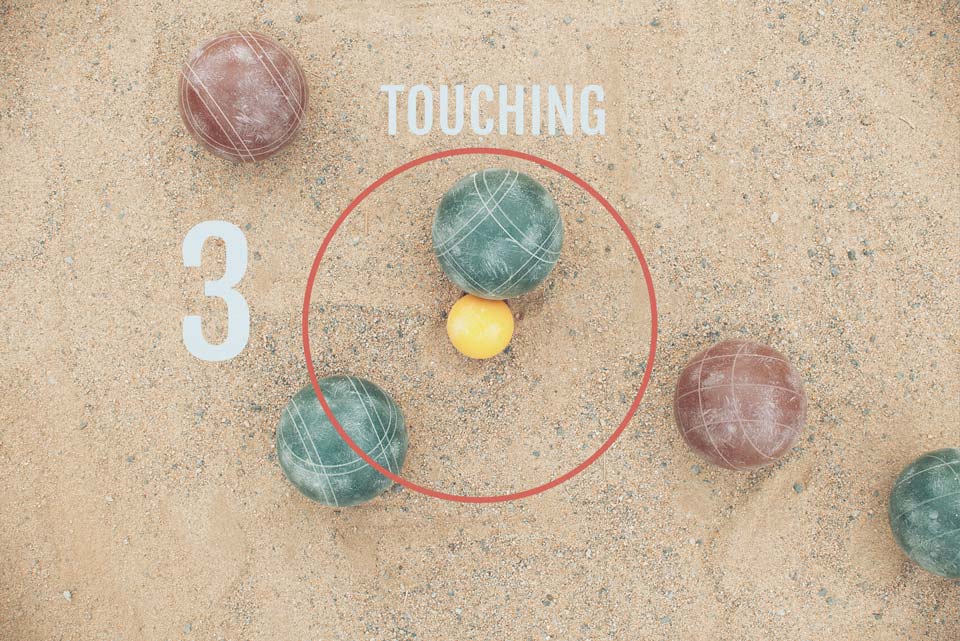 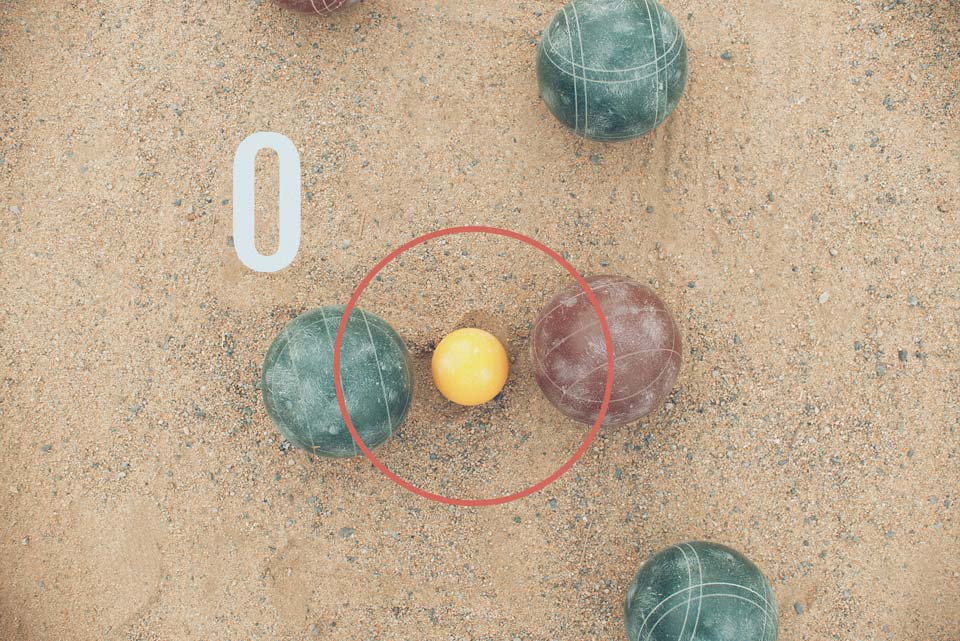 0 PointsThe red and green are equal distance from the pallino and cancel each other out.

There are a few fouls in bocce and they all have the same outcome. The fouled ball will be removed from play and any ball affected by the foul ball will be placed back in their approximate original position.

The following are fouls:

Instead of simply alternating throwing balls, a common variation is for the second thrower to continue throwing until they have a ball closer to the pallino than their opponent. Once this is achieved or all of their balls have been thrown THEN the other team begins throwing until they get a ball closer to the pallino. Keep alternating in this fashion until all balls on both teams have been thrown.

In addition, a “must win by 2 rule” is also very common.

And for some extra fun, if a ball is touching the pallino after all balls have been thrown, 2 points are awarded. This is called a baci or kiss.

I love the 2 point kiss rule! Also play by the must win by 2 rule.

Last, but certainly not least, there is a common rule where one must throw only with their drink in their non-throwing hand. This is a social sport, and drinks are encouraged. Kids can have lemonade in hand to join the fun of this rule.